What's Changed in the Care of Children with Atypical Sex? 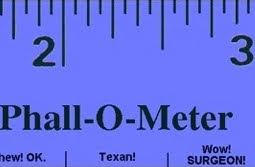 Every year seems to bring another request by another bioethics textbook publisher to reprint my 1998 Hastings Center Report article on the medical (mis)treatment of people with atypical sex, “‘Ambiguous Sex’ or Ambivalent Medicine? Ethical Problems in the Treatment of Intersexuality.” That article represented the first sustained ethical critique in that field, and although it still holds up pretty well, this year in response to another reprint request I finally penned an update to be published along with it. Since I’ve retained rights to the update, I thought I’d put it up here.

Why not just create a new article? Three reasons: (1) today the medical care system for atypical sex is so in flux that it would be difficult to accurately capture the current variety of practices without that representation potentially becoming quickly out of date; (2) the ethical critiques I put forth in 1998 are still worth reviewing, even though some practices have changed; (3) the 1998 article when taken in conjunction with this 2011 epilogue may provide the reader with a sense that medical practice can change for the better through the efforts of patient advocates (including clinicians) who are attuned to evidence and ethics.

(If you're wondering what that graphic is all about, check out my page showing the complete Phall-O-Meter as designed by Kiira Triea.)
Posted by Alice Dreger at 6:13 PM