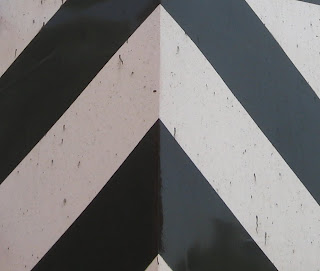 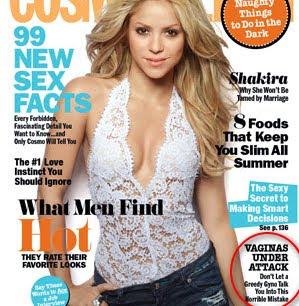 Why do some women pay to let scummy men get into their pants?

I've been bemoaning the death of the free press a lot lately. With Internet competition, newspapers just don't have the resources to support good investigative journalism much anymore. So imagine my surprise when, on the check-out line of my grocery store yesterday, I discovered that the free press is alive and well in the form of . . . Cosmo?

"VAGINAS UNDER ATTACK," screams the cover of the July issue: "Don't Let Greedy Gyno Talk You Into This Horrible Mistake." So I'm going to forgive Cosmo the mistake of capitalizing a preposition in a title. Because Molly Triffin's on-the-ground reporting for Cosmo has the potential to save scores of young women from unnecessary pain, scarring, and loss of sexual function.

Inside the magazine, Triffin's story gets the title "WARNING: These Doctors May Be Dangerous to Your Vagina." Again, I'm going to forgive Cosmo, this time for using the word "vagina" to talk mostly about vulvas. Why? Because Triffin kicks ass. She bothered to go for herself to the International Society of Cosmetogynecology's Global Symposium on Cosmetic Vaginal Surgery.

And what did she see there? 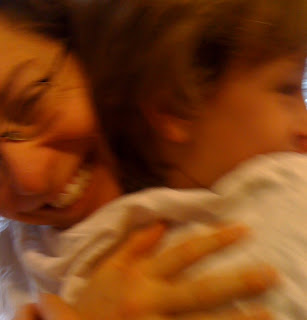 What if we admitted to children that sex is primarily about pleasure?
A couple of months ago, the sex education notice came home in my nine-year-old son's backpack. I didn't realize that, in our district, sex ed starts in the fourth grade. Another sign of the state having more access to my baby than I sometimes wish.
When I handed the note to my mate at the dinner table, our son said with something of a proud smile, "I told Mrs. Reverby we've already talked about it at home."
The mate and I looked at each other and obviously had the same thought. Two weeks before, the class had been learning about electricity. The teacher had gotten stuck on some questions about batteries, so she had turned to our son, who was able to explain to the class exactly how batteries charge, recharge, and discharge. He's learned a lot about electricity at home.
And quite a lot about sex.
Read more »
Posted by Alice Dreger at 9:45 AM